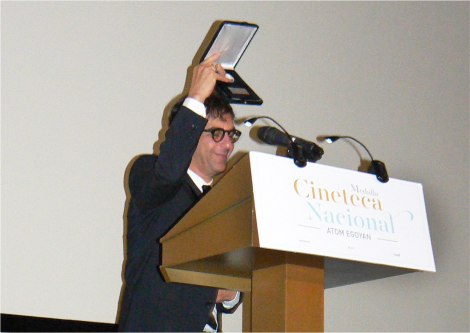 Mexico city  November 17th 2015.- Canadian and Toronto based director Atom Egoyan receives the Cineteca Nacional Medal for his outstanding career in the Film Industry. That’s all that we know about the Award (or medal) but that’s enough to celebrate Egoyan’s work which includes films such as Exotica (1994) Ararat(2002), Chloe(2009) just to mention a few of his most representative movies that represented Canada at Cannes, Berlin, and numerous film festivals around the world with great success.

Egoyan was recently in Mexico at Los Cabos Film Festival to present his new film “Remember” (Review coming soon) and stopped by Mexican Cinematheque Cineteca Nacional to receive the Award given by Alejandro Pelayo, director of the Cineteca Nacional on a very intimate ceremony before the free screening of his new movie for the Mexican audience… what a treat for the moviegoer! 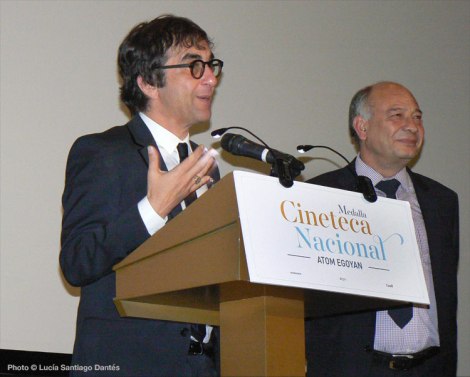 Atom Egoyan moments before receiving the Award, on the right Alejandro Pelayo, Director of the Cineteca Nacional.